Its monorail system zips along 15 miles of track, with a daily ridership of more than , The more Disney movies, TV shows, and characters permeate our culture, the more people go to the theme parks; the more traffic the parks get, the more demand is created for toys, apparel, DVDs, and sequels.

In the mids, however, Disney executives had reason to worry about the future of the business. Simultaneously, the stunningly fast adoption of social media and smartphones threatened the relevance of the parks. If Disney wanted these more tech-oriented generations to love it as much as their parents, who had grown up with fewer entertainment alternatives, had, it would have to embrace change now.

In , the Parks division officially kicked off what became known as the Next Generation Experience project. Spurred by Jay Rasulo, who was then chairman of the division, Parks president Al Weiss and Disney World president Meg Crofton formed an exploratory team, following an initial round of technology research and financial modeling in The park was filled with complications, such as a tiered ticketing system with wonky rules. The team created diagrams illustrating how families, seeking to maximize their time, would crisscross Cinderella Castle, the center of the park, as often as 20 times a day.

Worse yet: the swarms of people. He gave them the go-ahead to rethink everything, including turnstile entrances and paper ticketing. 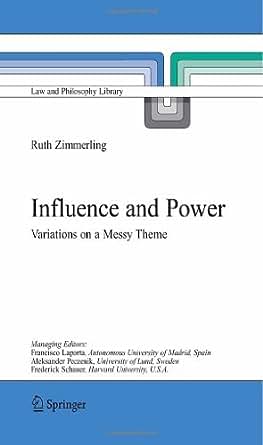 The founding five soon found themselves on a perpetual shuttle between Burbank and Orlando. On one early flight, Padgett, who looks as open and eager as the Toy Story character Woody, had a breakthrough. The team started to consider whether Disney could create an electronic band that could digitally carry everything a guest might need—park tickets, photos, coupons, even money. It would give guests entry to Disney World, pay for goods at retail shops, and unlock their hotel room doors. It would be a virtual key to the Magic Kingdom. The group, growing increasingly excited about the potential of NGE, eventually sought resources to further build out a vision for the initiative.

If I gave you more money, could I have it faster? Not the Parks division.

Influence and Power: Variations on a Messy Theme

Every corporate rule-breaker has to figure out a strategy to combat naysayers, the keepers of these traditional flames. The rebels of NGE knew that secrecy was critical if they were to build out the vision without interference from the broader organization. Padgett, who led the development of the MagicBand, brought on third-party partners, including designers from the storied San Francisco firm Frog, who signed on in mid It would need to interact with short- and long-range sensors that would be installed around the park.

The short-range sensors would let guests scan their MagicBand at sales terminals in Disney park stores to pay for merchandise, for example, or to seamlessly check in at their hotel. The long-range sensors would allow Disney to track guests as they navigated the park. The potential benefits were manifold. By monitoring where crowds were forming, the company could better optimize flow. Say the sensors noted that one section of Magic Kingdom was becoming overwhelmed with guests: Operators could immediately respond with a character parade around the corner, to disperse traffic and ease strain on cast members as Disney calls all its Parks employees.

The MagicBand would also collect valuable consumer data. Insiders say the company historically knew little about its guests, even its most loyal ones. The project eventually ballooned to include a collection of outside contractors, such as Accenture, HP, and Synapse, as well as smaller consultants. These teams, along with Frog and the NGE crew, dreamed up one innovative idea after another.

They mocked up new payment portals, in the hope that guests could one day sync their credit cards with the MagicBand to buy goods.

A character like Goofy, with access to real-time guest data, could even wish happy birthday to a child without prompting. For years, birthday boys and girls had worn a little button on their clothing to get such recognition. Disney had been mulling these kinds of forward-looking concepts for years. It seemed that the time had finally come to say farewell to old-school inefficiencies like birthday buttons. There was never any shortage of pushback.

There was much for naysayers to fault, starting with costs. This will drive up our costs! Why are you taking away our control at the turnstiles? Insiders say the Frog team found the internal struggles withering. The tussle over digital access points, where customers would use their MagicBands to enter each ride, was typical of the dysfunction between Frog and Imagineering. Imagineers argued that the uniformity of the access points would disrupt the spirit of their uniquely stylized attractions.

Ditto for those waist-high digital posts; what business did something looking like a shiny modern mailbox have in the foreground of a medieval castle? The Imagineers preferred designs that would be immersed in the theme of each Disney World ride: futuristic ones for Tomorrowland, Wild West—style ones in Frontierland, and so forth.

Influence and Power: Variations on a Messy Theme

The Frog team was aghast. To them, the issues came down to usability and ergonomics; each access point needed to have the predictability of a light switch, so guests could locate them easily.


They eventually compromised: access posts have consistent features, like the Mickey icon, but can also be designed with more thematic flourishes. However, the Imagineers did torpedo a number of other Frog concepts.

These early skirmishes signaled tougher battles ahead. In January , there was a change at the top. At this point, the project took on a new layer of complexity, as the NGE team felt the need to consistently dazzle the Disney brass. Next came the flight-arrival stage of the set, which simulated the experience at Orlando International, with actual seats that the NGE team had purchased from the airport.


There, family members would first touch their MagicBands to a digital access point, before proceeding to a replica Magical Express bus. Many sources argue much of the vision work was complete by the time Staggs replaced Rasulo. Iger, Staggs, and also Rasulo went through the soundstage lab many more times. When the CEO would visit, team members would hide behind the soundstage curtains taking detailed notes. What do you think?


Members of the Disney board visited as well, with the exception of Steve Jobs, whose cancer was worsening. The NGE crew had visits from other luminaries in the Disney orbit. Pixar chief creative officer John Lasseter, inventor Dean Kamen, and filmmaker James Cameron—then at work on his Avatar -themed expansion at Disney World—all toured the lab. The NGE team presented so many different concepts to the Disney leadership that some wondered if their aim was simply to wow top leaders with the long-term potential of NGE through whiz-bang features.

The team began discussing ways to reengineer airport x-ray machines, and Padgett even organized a meeting with TSA officials.

Or was it just theater? This was optimistic, given the infrastructure challenges and the fact that Disney would have to create and implement the new system while still operating its theme parks, which are open every day. Many people wanted a piece of the big money flooding into Parks. Each division seemed to have a claim. Should the software fall under IT? Should the merchandising division control the MagicBand?

And what about the Imagineers? The infighting grew intense. For example, if ticketing were to get digitized, many jobs held by traditional ticketing folks might become irrelevant. But you have no idea who is working against you. You come out bruised and bloody. Staggs did not engage in project politics.

A former Goldman Sachs banker, Franklin has the personality of a bulldog. Franklin managed to get some teams to collaborate well on the project, but many describe the internal politics as fierce. Others argue that this was a valid security test. Several sources claim that during a test of whether long-range sensors at the Haunted Mansion ride could identify the MagicBands worn by customers going by at high speeds, Imagineers purposely sat on their hands as the ride zoomed along, to make it harder for the sensors to locate their bands.

A spokesperson for Disney says this was also a valid test, done not just by Imagineers, but by everyone. Part II. Concepts put Together.